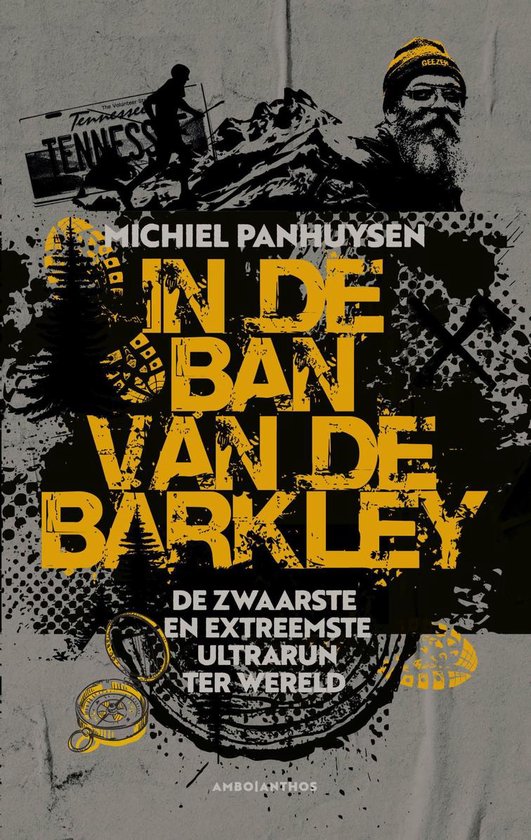 This book describes how a Dutch journalist, runner and mountaineer gets involved with the Barkley Marathons. It will affects his life will push him beyond limits. The Barkley marathons is famous all around the world.
Mythical, extreme and shrouded in mystery especially with ultra runners. Taking place deep in the Frozen Head State Park in the US state of Tennessee, the competition is one of the most grueling ultras in the world. Within sixty hours, the participants must cover 100 miles through inhospitable terrain. Runners get lost in the dense fog, become completely hypothermic and get severe hallucinations after dozens of sleepless hours. In the 35 years that the race has existed, only fifteen runners managed to finish.

Journalist and ultra runner Michiel Panhuysen took three aims at Barkley and he too never made it to the finish line. His fascination and respect for the race, the participants and the equally illustrious and mysterious race director-philosopher-genius Lazarus Lake only increased. In this breathtaking book, Panhuysen makes a valiant attempt to unravel the mystery of the Barkley and asks himself why he – and countless ultra-runners with him – are captivated by the extreme hardships associated with their sport.

Put Mathieu van der Poel (1995) on a bicycle and he wins, with an exclamation mark. At a young age he won the Amstel Gold Race, the Ronde van Vlaanderen and the Strade Bianche, he also became world champion in cyclo-cross four times. Unparalleled in its talent, with the incomparable cycling genes of father Adrie and grandfather Poulidor. Mathieu flies, flees and amazes. And mostly does its own thing. He puts first what was often missing in cycling: fun. What makes him the cyclist he has become?

In this book, journalist Mark de Bruijn explains the phenomenon of MvdP. How do you turn acclaimed talent into a great champion?

A year after his big break, the yellow jersey in the Tour de France more cycling aims are the new pursuits of the Belgian-born French Dutchman. A cycling season follows in which everything turns out differently. A successful route off the beaten track, Mathieu needs more than the genes of father Adrie and grandfather Poulidor. Why does he manage to push through to the top and others fail? What else does he do? And who is hiding behind the cheerful, nonchalant ideal son-in-law who always seems to have a tailwind?